Back in year 3 of Claygate Primary School, students had to take tests to see if their handwriting was neat enough and correct enough to be allowed to use a pen rather than a pencil. Will wasn’t allowed a pen until year 6. Left-handed and lacking in motor skills, the pen, with its illustrious ability to not need sharpening, was kept from him unlike most other students. He thought about that time often while making this piece. As you get older in life, handwriting becomes less and less relevant and yet Will was still made to feel embarrassed for something he had no control over.  This Asemic piece exists to challenge the very idea of handwriting and calligraphy, and whether it has any place in this modern technological time where any device comes with a thousand different fonts. It also stands as a middle finger to Will’s former literacy teacher. 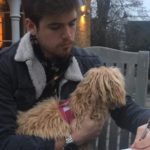 William Tuffen is in his final year of a creative writing BA at The University of Roehampton. While at University he performed poetry for the 2021 Unislam Festival and for The Beehive Showcase on Facebook Live. He has been published in the Unislam 2021 Anthology and Roehampton’s first student led journal Roey Writes on. Will has always dabbled with more visual art however, taking art to GCSE level and spending some of his free time painting abstract oil paintings, using colour and shapes to convey people at their best and worst which holds the essence in what Will wants to achieve in his work. Will is a deeply curious person who attempts to translate what people think and feel through stories and imagery. Nothing in Will’s portfolio could exist without the wacky and, at times, unbelievable life he has been privileged enough to live, for without it there would be no story to tell. 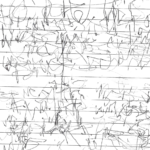 From Here To Jupiter 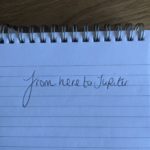 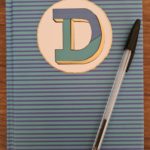